The Transpacific Stabilization Agreement, a legacy of container shipping’s old ‘conference’ system that set prices and coordinated the behavior of shipping lines, is to close next month after concluding that its original mission was no longer viable. 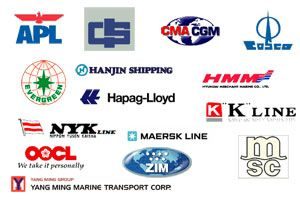 The decision comes several weeks after its largest member, Maersk Line, announced its resignation from the TSA, a move that was set to see the market share of the TSA’s member lines on the transpacific fall to around 65%, compared to more than 80% in the past.

Although the full reasons for the decision were unclear at the time of writing, it is thought that recent rates volatility in the transpacific market reflected the weakening influence of the TSA and its member lines.

As Lloyd’s Loading List reported last December, the inability of lines to exercise supply-side discipline was a feature of the transpacific market during 2017. For example, TSA carriers had made up to 18 attempts to impose general rate increases (GRIs) ranging from $400 to $1,000 per feu last year, but none of the initiatives found serious traction.

The TSA was established in 1989 and over time, replaced a more rigid rate conference system in the Asia-US market. That reflected an evolutionary process in liner shipping – from a heavily regulated common carrier system of fragmented trade lanes, basic port-to-port ocean transportation and protection of national flag fleets for trade and security reasons, to a global, more vertically integrated commercial system offering customized, value-added logistics services.