National carrier Vietnam Airlines plans to launch the first direct route between Việt Nam and the United States (US) this year 2018, with the destination being either San Francisco or Los Angeles in California. 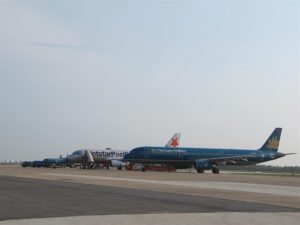 The US is the fourth largest source of foreign visitors to Việt Nam, with more than 614,000 people coming in 2017, up 11 per cent from 2016, according to the General Statistics Office.